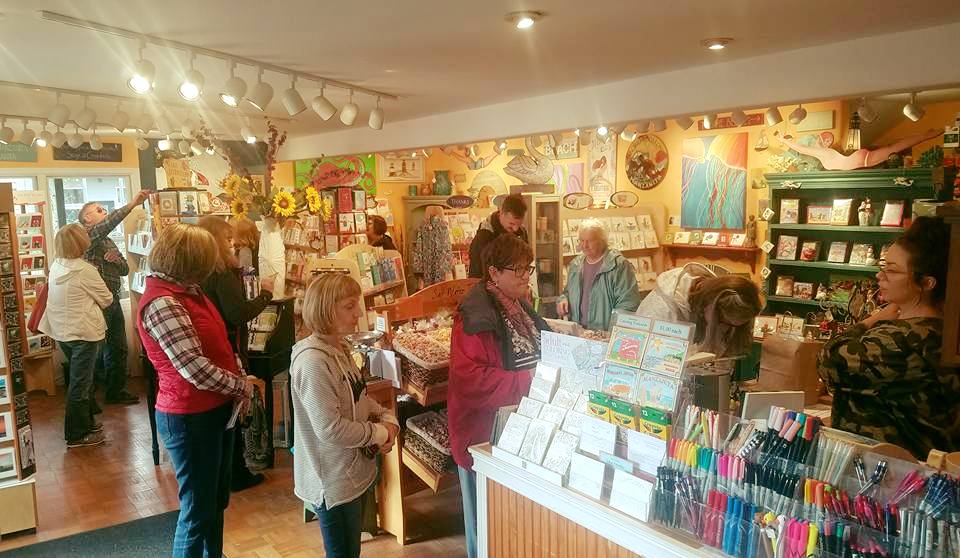 Over the weekend, a mob hit Manzanita – a cash mob that is. The event was organized by the Tillamook Area Chamber of Commerce as a way to help the business community, which is still recovery after a tornado unexpectedly struck on October 14.

“They’re our neighbors to the north and we wanted to show them a little love and support,” said Justin Aufdermauer, Executive Director of the Tillamook Area Chamber of Commerce.

Participants were encouraged to shop in Manzanita during the hours of 11 am and 4 pm on Saturday and Sunday, and bring their receipts totaling more than $50 back to the Visitors Center for a chance at some prizes.

Ninety-eight people turned in their receipts at the end of the cash mob, which totaled more than $9,850 – or an average of $100.52 a person.

“That was just the total of those who turned in their receipts,” Aufdermauer said. “I have been contacted by other shoppers who told me they didn’t turn in receipts but spent more than $50, so the actual total spent that day is much higher.”

Tspot – an eclectic boutique store at 144 Laneda Avenue – almost broke their sales record on Saturday. “It’s a hard record to break and so to almost hit that record was huge for us,” said Tspot employee Astyn Garvin.

Garvin said that for a good hour or two the store was “shoulder-to-shoulder” customers. “Even for a holiday weekend, I don’t think we ever could have expected to do that much business on a Saturday in November without the cash mob,” she said. “We would have considered half the sales we did to be a good day.” And, the mob brought new visitors to Manzanita.

“We had a great deal of customers who had never been to Manzanita before, and that is absolutely great,” said Aprilmarie Eckstrom with Manzanita Sweets. Eckstrom estimated that at least half of her customers on Saturday were participating in the mob.

Brenda Smith, manager of Salt and Paper at 411 Laneda Avenue said they experienced a higher number of people purchasing items rather than just looking. “Usually on holiday weekends we get a lot of window shoppers, but the cash mob crowd was making purchases,” she said. “The number of people we had in our store was quite a bit higher than usual and almost everyone was buying something.”

Nearly each shop participating had a special sale during the hours of the cash mob.

I think the shoppers really appreciated all the deals,” Garvin of Tspot said. “Everyone looked like they were having a good time and seemed to enjoy the experience.”

“We’ve seen what a success it can be and how it can make a difference on our small business community,” he said. “So stay tuned because we will be organizing more in the near future.” 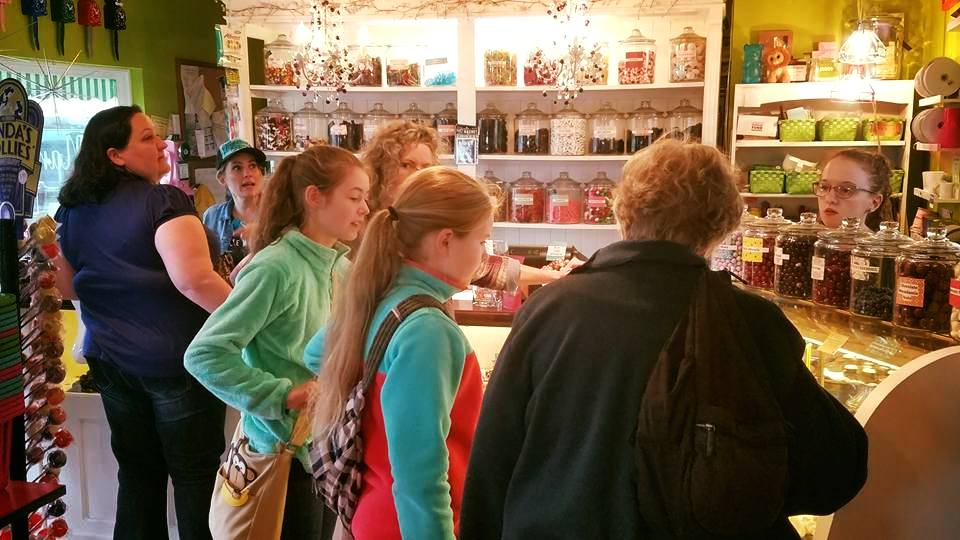 On November 12th, the Tillamook Area Chamber of Commerce is going to release a mob in Manzanita – a cash mob that is!

Why? We know that we have very few Chamber members in the Manzanita area. And it’s a little out of the way of what most would consider our “jurisdiction.” But sometimes you just have to set aside your policies and do what is needed. They are our neighbors to the North and when disaster hits your neighbor we all need to come together and surround them with support.

Even though it’s been weeks since the tornado struck the coastal village, the effects are still being felt by residents and businesses as they try to rebuild and shake the blow caused by the tornado. Nearly all of the businesses have been able to reopen their doors to customers – which is awesome – however, being closed for repairs can have a lasting impact on and we are planning to go up there and give them not only a shot of cash but a much needed morale booster.

This mob will be a little different from the cash mobs we’ve hosted in past years. This time, we are mobbing the entire business community! Sounds pretty exciting, right?

Here’s how it will work: The Cash Mob will run from 11 am to 4pm on November 12th. All open Manzanita businesses are fair game and you are welcome to show up and shop anytime that you please. Myself and others will be meeting first at the Manzanita Visitor’s Center, 31 Laneda Avenue, at 11 am. I encourage you to meet us there and get excited for what we are about to accomplish. Starting out as a large group brings a sense of excitement and collaboration, not only for us but for the businesses owners and employees as well. (Meeting at the Manzanita’s Visitor’s Center together also means we get to leave together and really emphasize the “mob” portion of this event. It’s fun, trust me.)

There are no rules, per say, to how much money you are supposed to spend. We do ask, however, that you spend at least $25. Plus, if you bring $50 or more in receipts back to the Manzanita Visitor’s Center we will give you a ticket for a free entree at one of many participating restaurants good for that day. And did I mention yet that several of the local businesses will be hosting drawings with awesome prizes? Yeah, it’s going to be a pretty fun day showing Manzanita a little extra love.

We are hoping to see our community rally around Manzanita this time, but it doesn’t have to stop there. This could be the start of something awesome where we “mob” each community in Tillamook County. I have a feeling downtown Tillamook will be next – our business owners need it due to the impact of construction. So let’s have some fun, spend some money, support our neighbors, and plan to keep the energy going.