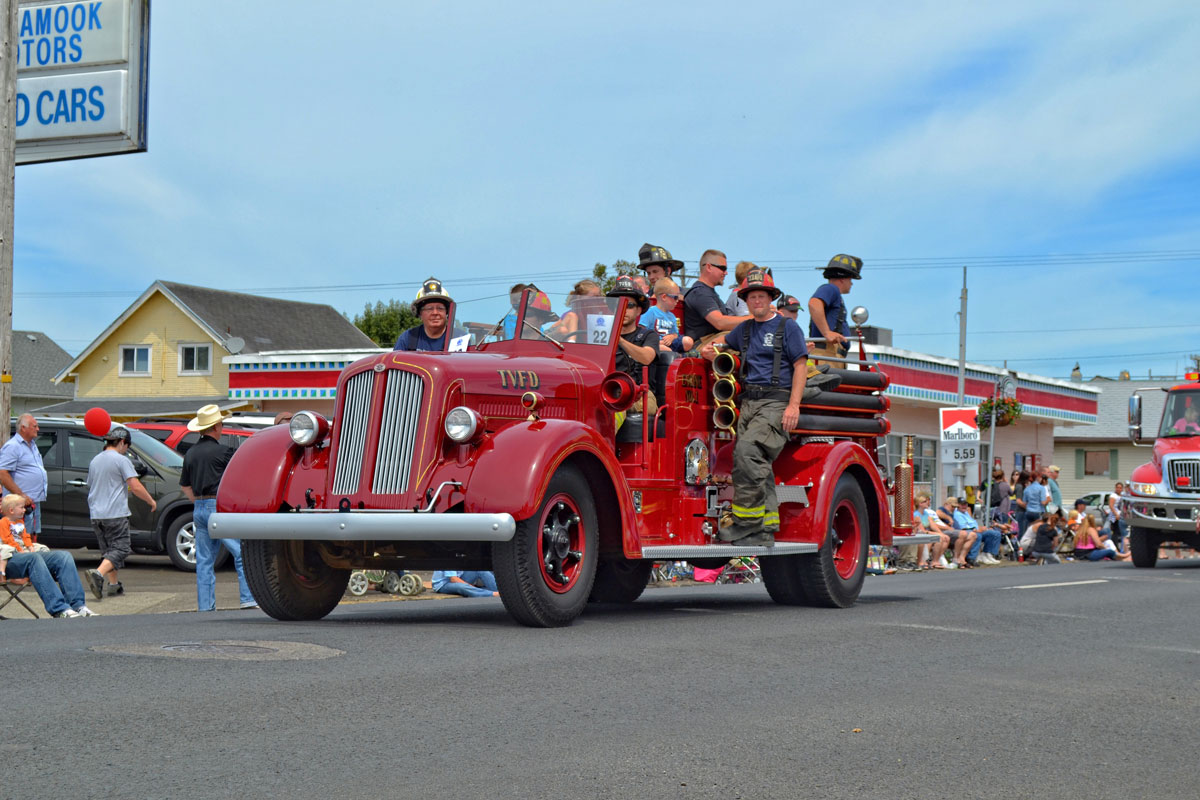 Check your weather app folks, because summer is finally starting to poke its head through from behind the clouds. So don’t be surprised to hear that we are amping up for the annual June Dairy Parade and Festival. This year’s theme is “60 years on the MOOVE.”

There are a couple of major changes to the parade this year, some of which you may have heard about already and hopefully this will answer any questions you may have. The biggest change is that the parade will be moving in reverse from what it has historically done in the past. In other words, the official starting point will be at Main and 11th, and it will end at Goodspeed Park (see the route map.)

We’re doing this for a variety of reasons but the largest is to help accommodate traffic along Hwy 101, which typically starts to build up by 11:30 a.m. We worked with both the City Police Department and the Sheriff’s Office to brainstorm a solution that would eliminate that annual traffic gridlock. Now we can get the parade entries off of Highway 101 quicker and open it up sooner to traffic.

We also will be turning down Third Street, instead of rounding the corner at Second Street, which has been the tradition. That’s because that section of Second Street (soon to be the plaza) will be the stage for this year’s Dairy Festival. The Festival will begin promptly at 11:45 and go until 4 p.m.

This year’s Festival will again have several fun family activities hosted by local businesses, including live music and a community barbecue co-hosted by Chef Nelia and the Tillamook Fire Department and sponsored by Warrenton Kia. Other fun activities include a Tillawheels car show, the ever-popular Penny Scramble, and a special appearance by Tillamook’s budding roller derby league. Come learn more about this grass roots roller derby movement in Tillamook and meet some of the skaters. We are also working with the Farm Bureau to coordinate a petting zoo for that day as well. Hoping that comes to life, after all it is a dairy festival.

As always, plan to make a day of celebrating The Dairylands in one of our first community event of the summer. If you need a parade float application, you can pick them up at our office, located at 208 Main Street.  Please have your entry returned by May 30th.