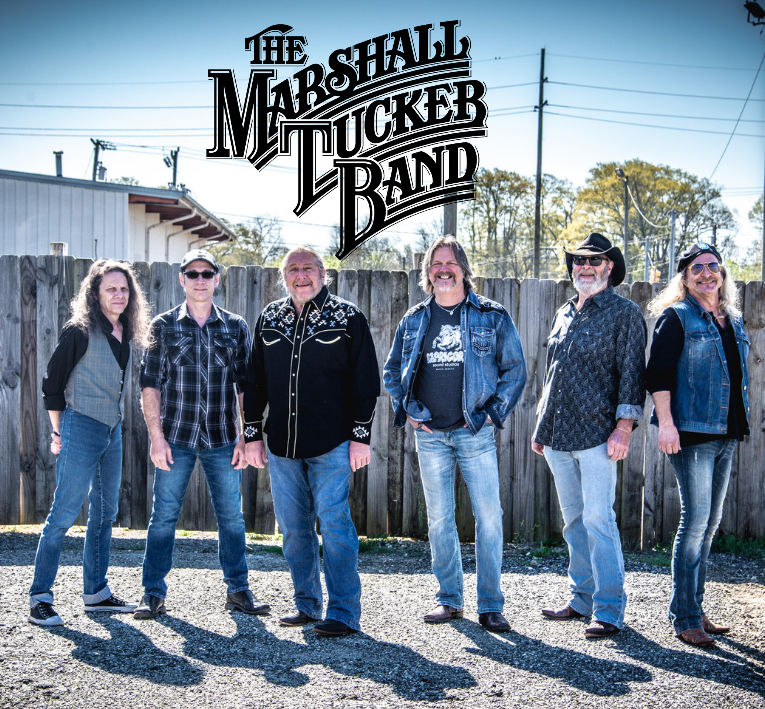 The Marshall Tucker Band continues the Tillamook County Fair’s concert series on Thursday night. MTB is a group that continues to have a profound level of impact on successive generations of listeners who’ve been “Searchin’ for a Rainbow” and found it perfectly represented by this tried-and-true Southern institution over the decades. “I’ve been in tune with how music can make you feel, right from when I was first in the crib,” explains lead vocalist and bandleader Doug Gray, who’s been fronting the MTB since the very beginning.

The Marshall Tucker Band came together as a young, hungry, and quite driven six-piece outfit in Spartanburg, South Carolina in 1972, having duly baptized themselves with the name of a blind piano tuner after they found it inscribed on a key to their original rehearsal space — and they’ve been in tune with tearing it up on live stages both big and small all across the globe ever since. Plus, the band’s mighty music catalog, consisting of more than 20 studio albums and a score of live releases, has racked up multi-platinum album sales many times over. A typically rich MTB set list is bubbling over with a healthy dose of hits like the heartfelt singalong “Heard It in a Love Song,” the insistent pleading of “Can’t You See” (the signature tune of MTB’s late co-founding lead guitarist and then-principal songwriter Toy Caldwell), the testifying “Fire on the Mountain,” the wanderlust gallop of “Long Hard Ride,” and the explosive testimony of “Ramblin,’” to name but a few.

As always, your Fair admission includes the nightly entertainment in the Averill Arena, including the Fair’s concert series. Admission tickets for the Fair are on sale now! Find more information about the Tillamook County Fair on our website: tillamookfair.com