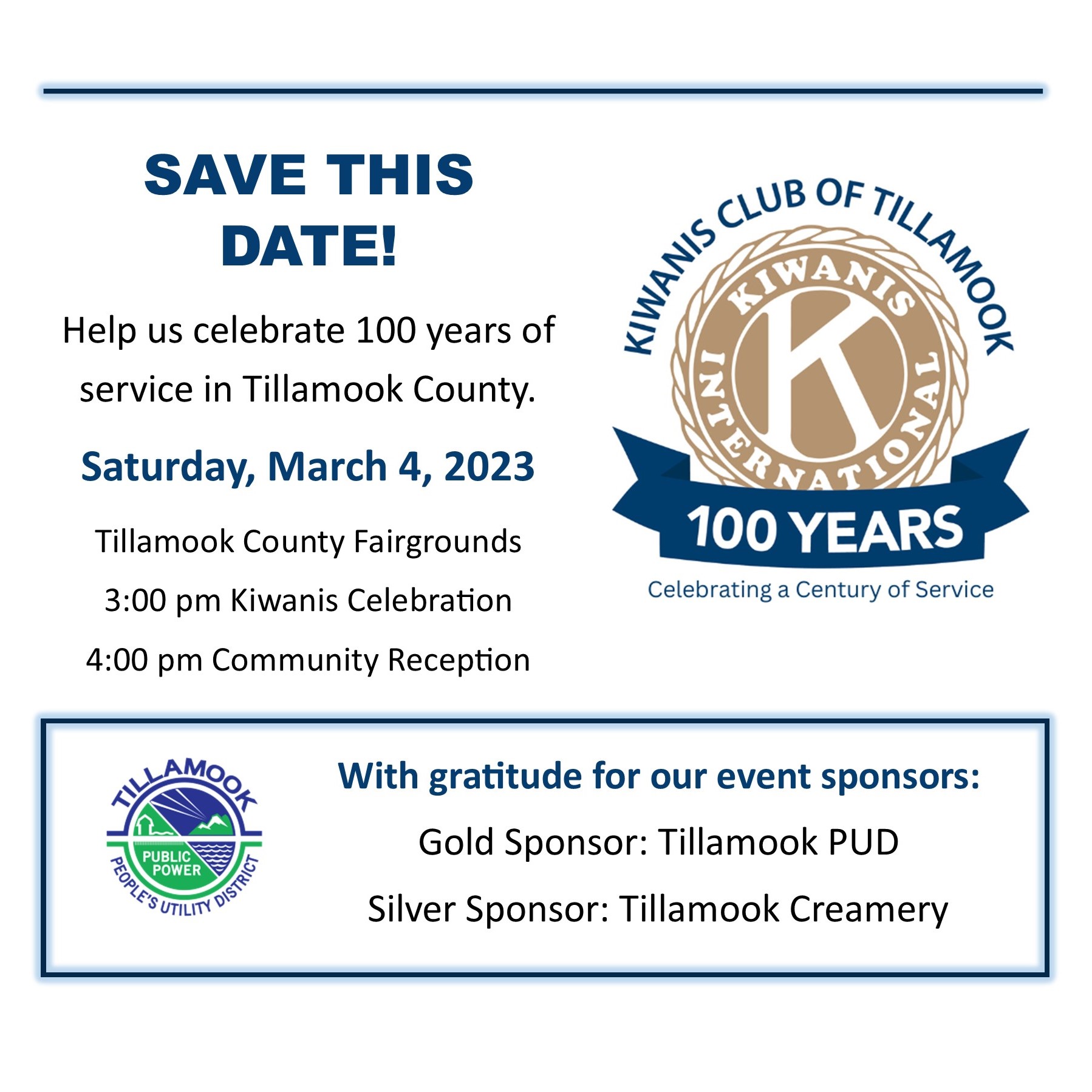 The public is invited to come celebrate “A Century of Service” with the Kiwanis Club of Tillamook on March 4, 2023, from 4 to 6 PM as we honor local nonprofits who we’ve partnered with to serve children, as well as welcome community leaders and Kiwanians from around the Pacific Northwest.  Local nonprofits serving children will have information tables, guest speakers (TBD) will inform and entertain, and light refreshments will be enjoyed. There is no charge to attend the event, thanks to sponsorships and donations.

History Highlights: On March 9, 1923, only eight years after Kiwanis International was inaugurated, a group of 200 people from Tillamook, Astoria and Portland officially received the Tillamook club charter. By 1925, the club began honoring and supporting graduating high school seniors. As of 2022, the club has awarded over $600,000 in college scholarships to more than 500 Tillamook County graduating seniors. More recently, the Community Grants program supporting local agencies serving children has awarded over $100,000 in grants. The Kiwanis Club of Tillamook Foundation, launched in 2018, now stewards upwards of $80,000 annually in charitable financial support for Tillamook County kids.